Find the best new hotels in Amarillo, Texas (TX), USA with all the newest accommodation that has opened recently over the last few years.

The Four Points By Sheraton Hotel is a newly opened Marriott hotel in the Downtown Amarillo area (opened in September). The hotel offers a total of 128 fully renovated guest rooms. This completely renovated property features The Londoner (a British style pub where you can enjoy drinks and typical pub food), a fitness center, and 2400 Sq. Ft. of meeting space. 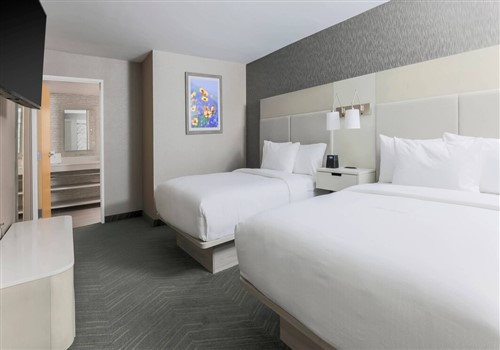 Another new Marriott hotel in Amarillo opened in September connected to the Four Points By Sheraton Hotel (see above) and sharing the same amenities. This hotel offers a range of guest rooms and suites, and comes with a complimentary breakfast during your stay.

The Barfield opened in 2021 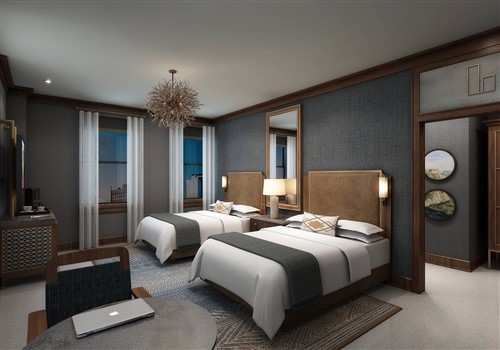 This new luxury hotel in Amarillo was opened in August under Marriott's Autograph Collection brand. The hotel is housed in the historic Barfield building in downtown Amarillo offering a great location on Polk Street, right in the heart of the city. 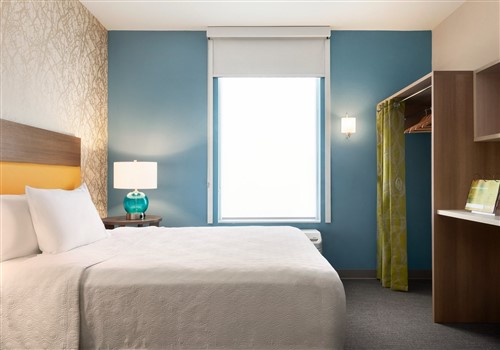 The Home2 Suites Amarillo East is a new suites hotel by Hilton opened in July, located in East Amarillo next door to The Big Texan Steakhouse and just over 4 miles drive away from Amarillo International Airport.

Spacious accommodation is available in studio and one-bedroom suites sleeping four people, all equipped with a kitchen (refrigerator, microwave,and dishwasher) and coming with a free hot breakfast.

Facilities at the hotel include an outdoor patio with grill and fire pits, a fitness center, pool, free parking and EV charging stations. 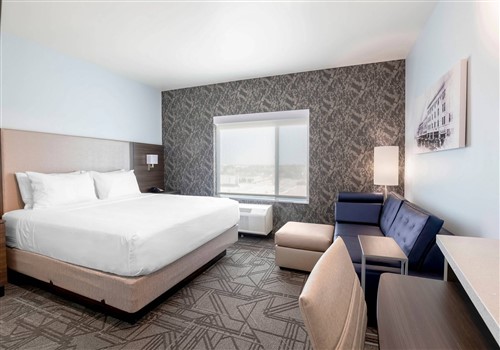 This new all-suite hotel in Amarillo was opened by Marriott in middle of the year.

Facilities at the hotel include an indoor pool, fitness center, lounge area and a grilling area. 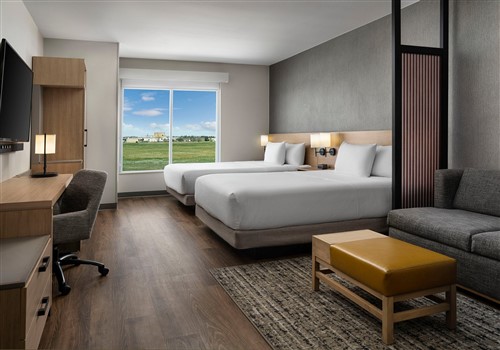 The Hyatt Place Amarillo West is a new hotel in West Amarillo located just off I-40, a short drive away from the Downtown area of Amarillo. The hotel offers a total of 91 spacious guest rooms and features a on-site bar (for drinks and bites), the 24-hour Market (for grab-and-go items), an indoor pool and a 24-hour gym.

To find more of the newest hotels opened in the state of Texas, see our list below to other pages on our site where you will find all the best new accommodation opened over the last few years:

We try to keep our pages about new hotels in Amarillo, TX, as up-to-date as possible and will be updating this page when any new hotels open or when any upcoming hotels in Amarillo open for reservation. However, if you know of any good quality, recently opened new hotels not mentioned in the list above, or you are the owner / manager of an upcoming hotel in Amarillo opening soon and want some publicity for your grand opening, you can contact us here and let us know the details so that we can possibly add your property to our site.

New hotels opened in popular destinations around the USA: