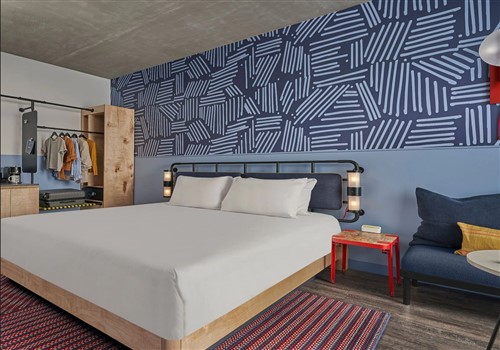 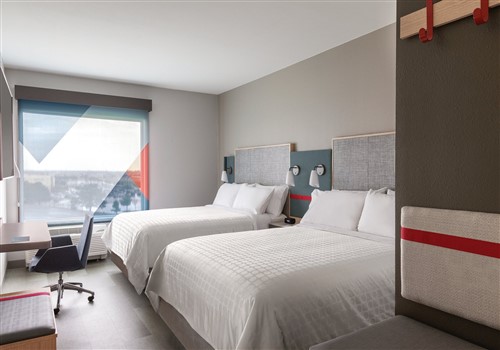 This new hotel in Southaven (a suburb of Memphis located just across the state line in Mississippi) offers modern guest rooms that come with a daily complimentary breakfast included in the price of your stay. Facilities at the property include a 24/7 fitness center, free WiFi and free parking. Read more... 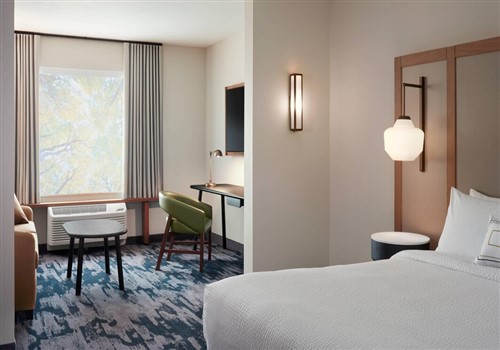 This new hotel in Arlington, TN (30 minutes drive NE from Memphis city center) was opened by Marriott in late November. Enjoy some small town charm at this newly built hotel (Fairfield Inn & Suites will be the first and only hotel in the town of Arlington). The property offers a total of 110 guest accommodations in rooms and suites and features an outdoor pool, fitness center and free hot breakfast. Read more... 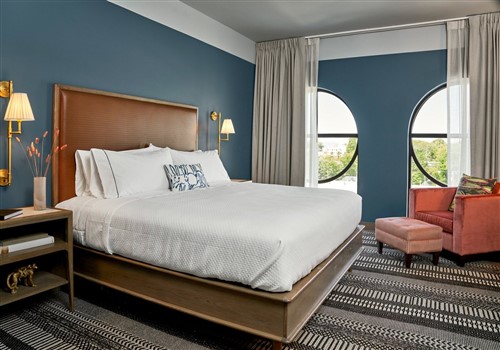 The Memphian is a brand new hotel in Midtown Memphis opened by Marriott under their boutique Tribute Portfolio brand in May. Located in the Memphis Theater District, (part of the Overton Square Entertainment District) there are plenty of things to do and see just minutes away from the hotel entrance, along with dozens of dining and entertainment venues all around. The Memphian offers modern, comfortable accommodation in either rooms or suites and features the Complicated Pilgrim Restaurant and The Tiger And Peacock rooftop bar. Read more...

New Hotel off the I-40 in Memphis TN 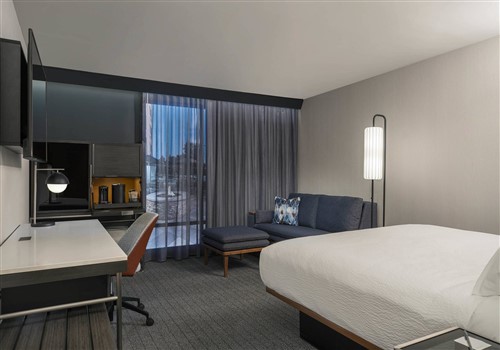 This new Marriott hotel in Memphis was opened in May and is located just off I-40 in the suburbs of Memphis (15 miles from Memphis city center) with a number of shopping and dining outlets close by. The Courtyard by Marriott Memphis East Galleria features a fitness center and an on-site restaurant, The Bistro, serving a bar-style menu. Read more... 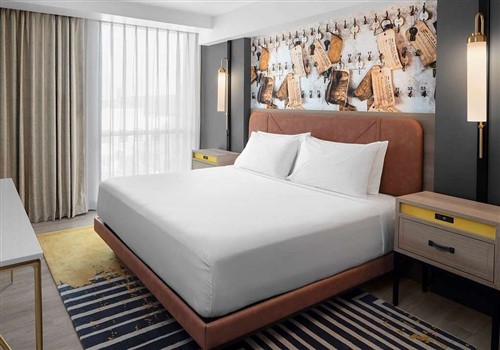 Opened in April, this new hotel in downtown Memphis by Hyatt is located close to the Mississippi River along the famous Beale Street. This street is world famous for being the entertainment district of Memphis and is home to many historic blues clubs, bars and stores. The Hyatt Centric Hotel Beale Street offers a range of guest rooms and suites with oversized windows allowing fine views over the city or the Mississippi River and the Hernando De Soto Bridge. Facilities at the property include a resort-style swimming pool, a fitness center, a lobby bar, an in-house restaurant (CIMAS) and a rooftop lounge/bar. Read more... 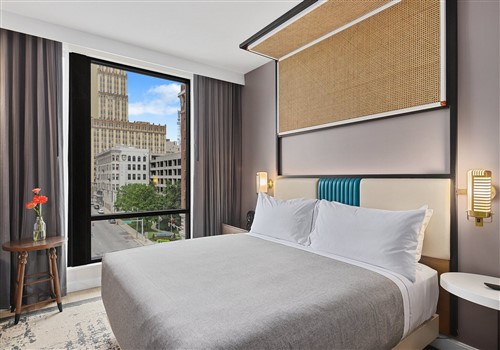 Opened in the fall, the Canopy Hotel Memphis Downtown is a new hotel located next to the Autozone Park Baseball stadium in downtown Memphis. Nearby attractions close to the hotel include the Memphis Music Hall of Fame, Beale Street and the Memphis Rock ‘n’ Soul Museum (5 - 10 minutes away). The property has a total of 174 modern guest rooms or suites and features The Curfew sports bar and tavern, and a fitness center. Read more... 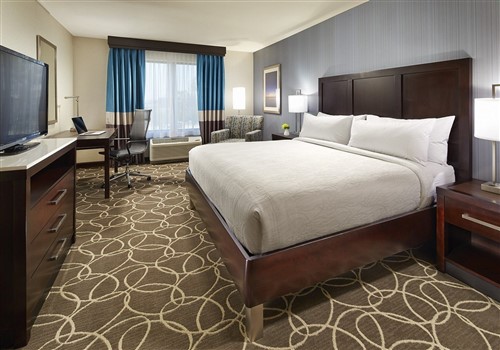 This new hotel in Germantown, TN (a suburb of Memphis) was opened by Hilton under their mid-priced Garden Inn brand. Located just a few minutes away from the center of Germantown, the Hilton Garden Inn Hotel offers a total of 129 guest rooms and features The Garden Grille & Bar, an outdoor pool, and a gym. Read more... 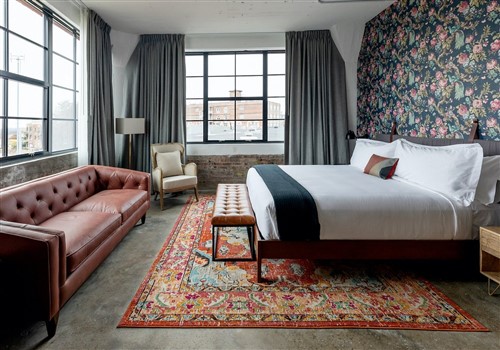 This new boutique hotel in Memphis is located on the corner of Main Street and E Butler in the South Main Historic Arts District. Housed in a former warehouse, ARRIVE offers a total of 62 guest accommodations in studio rooms, double rooms and lofts. The hotel features an all-day bakery and café, a shuffleboard bar, and a cocktail bar. Read more...

We try to keep our pages about new hotels in Memphis, TN, as up-to-date as possible and will be updating this page when any new hotels open or when any upcoming hotels in Memphis open for reservation. However, if you know of any good quality, recently opened new hotels not mentioned in the list above, or you are the owner / manager of an upcoming hotel in Memphis opening soon and want some publicity for your grand opening, you can contact us here and let us know the details so that we can possibly add your property to our site.

New hotels opened in popular destinations around the USA:

Find the latest hotels opened in popular destinations in Mexico:

Find the latest hotels opened in popular destinations in the Caribbean: